Tamsin Allen is a partner at Bindmans and Head of the Media and Information Law team. She manages a wide-ranging media practice with an emphasis on defamation and privacy, whistleblowing, information and data protection, copyright and human rights.

Tamsin works closely with crime, employment, family, public law and actions against the police to provide a seamless reputation and crisis management service.

She was awarded Solicitor of the Year – Private Practice by the Law Society for her pioneering work successfully defending high-profile whistle-blowers – most notably in the Cambridge Analytica and ‘Vote Leave’ cases. You can read Tamsin’s interview with the Law Gazette here.

Tamsin is an experienced and skilled media lawyer.  She has acted for Christopher Wylie, the Cambridge Analytica whistleblower, since Autumn 2017, advising on strategy and wider legal issues arising out of the information he has brought to light about Facebook, Cambridge Analytica and the Brexit Referendum.  These have included advice in relation to exposing confidential and contentious information safely; giving evidence to Parliament, Congress, the Senate, and the European Parliament; and advice on media strategy.

I want to have a shout out to my brilliant lawyer, Tamsin Allen. Because of her, I have been able to tell this story. Whistleblowers need protection, they need help, they need defence. We often forget there are a lot of people behind people, and Tamsin is the Captain of the ship.

Tamsin also acts for Shahmir Sanni, who exposed criminal offences inside the designated campaign to leave the EU, Vote Leave,  guiding strategy and obtaining the evidence and statements that led to a finding by the Electoral Commission that Vote Leave breached campaign spending rules.

She also represents Carole Cadwalladr in a libel claim brought against her by Leave. EU founder, Arron Banks.

She currently represents a group of women who are defendants in a libel claim brought by a musician relating to allegations of inappropriate behaviour, including sexual assault; a group of individuals in a proposed claim against Facebook in relation to the use of Facebook data by Cambridge Analytica and others; the claimant in a privacy claim against Associated Newspapers Limited in relation to publication of the name of a person wrongly suspected of an offence in connection with the Manchester bombing;  various clients in litigation against Refinitiv’s financial risk profiling database, WorldCheck and a number of other libel, DPA and privacy claims.

Tamsin set up the Claimant Group in the hacking litigation against News Group Newspapers and has represented very large numbers of high profile people in phone-hacking claims.  She is experienced in public inquiries and  represented Core Participant Victims in the Leveson Inquiry. She now represents a number of Core Participants in the Undercover Policing Inquiry and the Independent Inquiry into Child Sexual Abuse.

Tamsin Allen speaking at “Voices of the Spied on” public meeting, University of London

She also provides advice to publishers and NGO’s and charities on publication risks, GDPR and in litigation; including Mirror Group, the National Union of Journalists, Animal Aid, LUSH, Amnesty International, The New Statesman, Greenpeace, Index on Censorship and many others.

She works closely with barristers from Matrix and 5RB to provide additional expertise in all these areas, bringing and defending claims in the High Court, Court of Appeal, Supreme Court and European Court of Human Rights.

Tamsin was featured in The Law Society Gazette in November 2018 following a successful claim against Newsquest Media Group.  You can read the full article here.

Tamsin is regularly invited to speak about media law and recently she gave give evidence to the Joint Human Rights Committee during their inquiry, The Right to Privacy (Article 8) and the Digital Revolution.

You can see Tamsin give evidence here and a copy of the Committee’s report can be found here.

Tamsin Allen is a highly experienced practitioner frequently acting on behalf of a wide range of high-profile individuals and corporations on defamation and privacy matters.

Tamsin Allen is a brilliant media lawyer working on cutting edge cases. Clever and strategic lawyer who brings huge experience to the table.

Tamsin Allen is an outstanding and highly respected solicitor of great experience. She has great judgment and always puts in the extra hours for her clients.

Tamsin Allen, the head of the group, is excellent at advising on the appropriate steps to best protect reputations, be it issuing a claim or engaging with the newspaper informally. She has a fantastic manner with clients.

Tamsin is very experienced and knowledgeable about libel law. She has excellent client care skills and is very committed to her cases.

a mile. Tamsin Allen is a superb advocate to have on your side. She has a rare combination of professionalism and warmth and has been across every detail of the case. I trust and rely on her judgement and her ability to liaise with counsel and challenge them where required. She’s always available and takes time to explain the detail.

Years of experience in media litigation work including in particular defamation and misuse of private information. Tamsin Allen is extremely well respected in the field. She has an excellent understanding of the law and is brilliant with clients – really fights their corner. 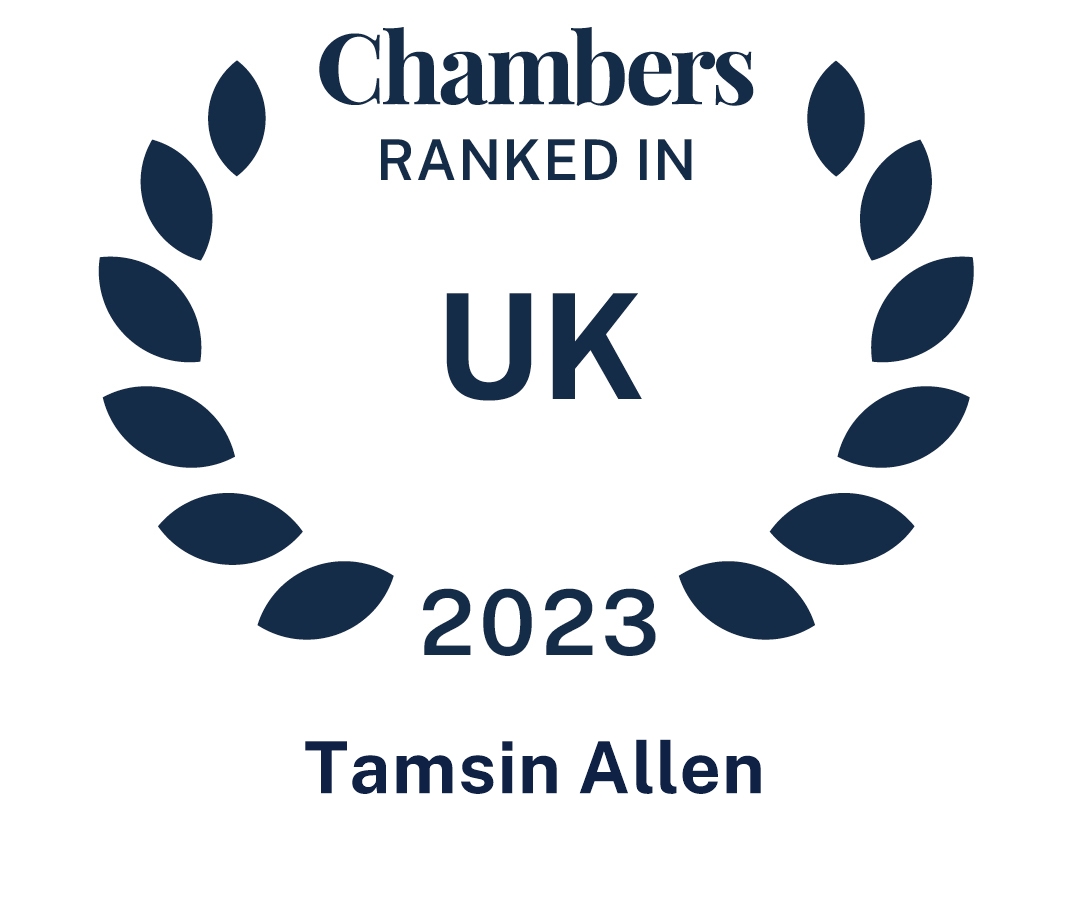 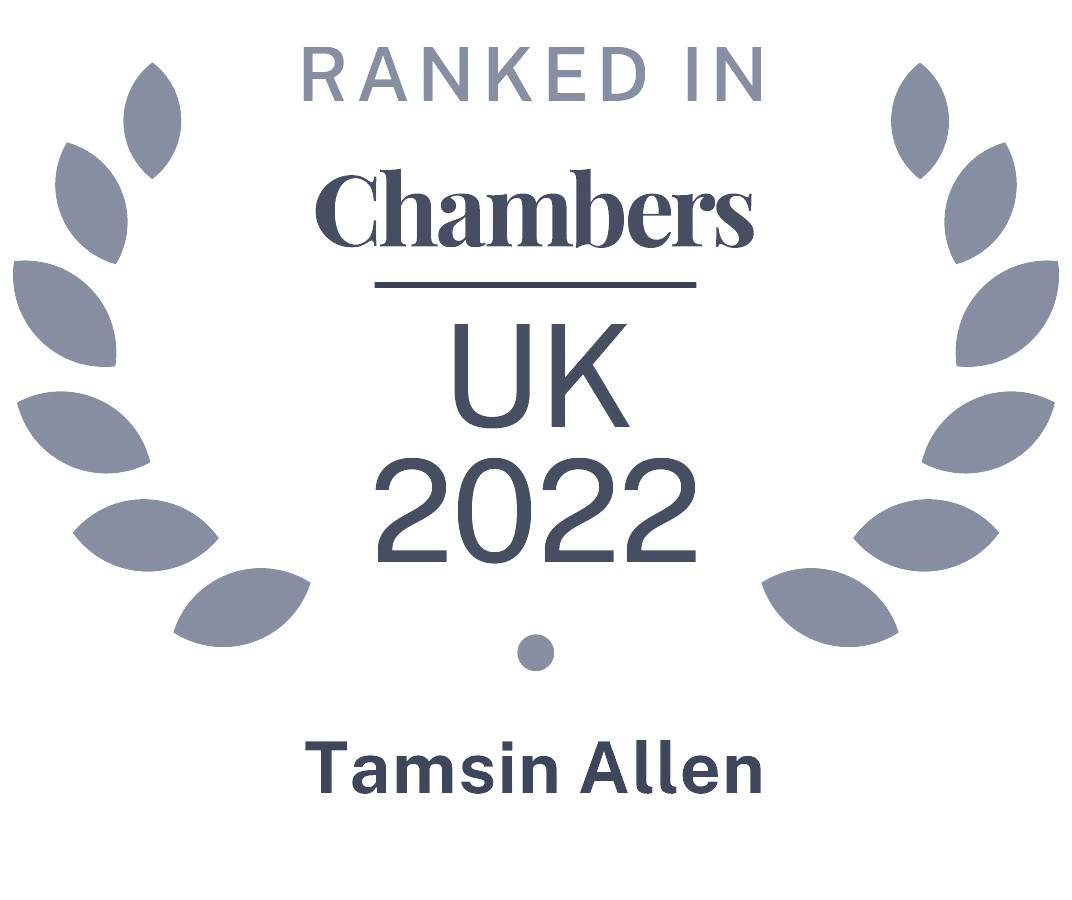 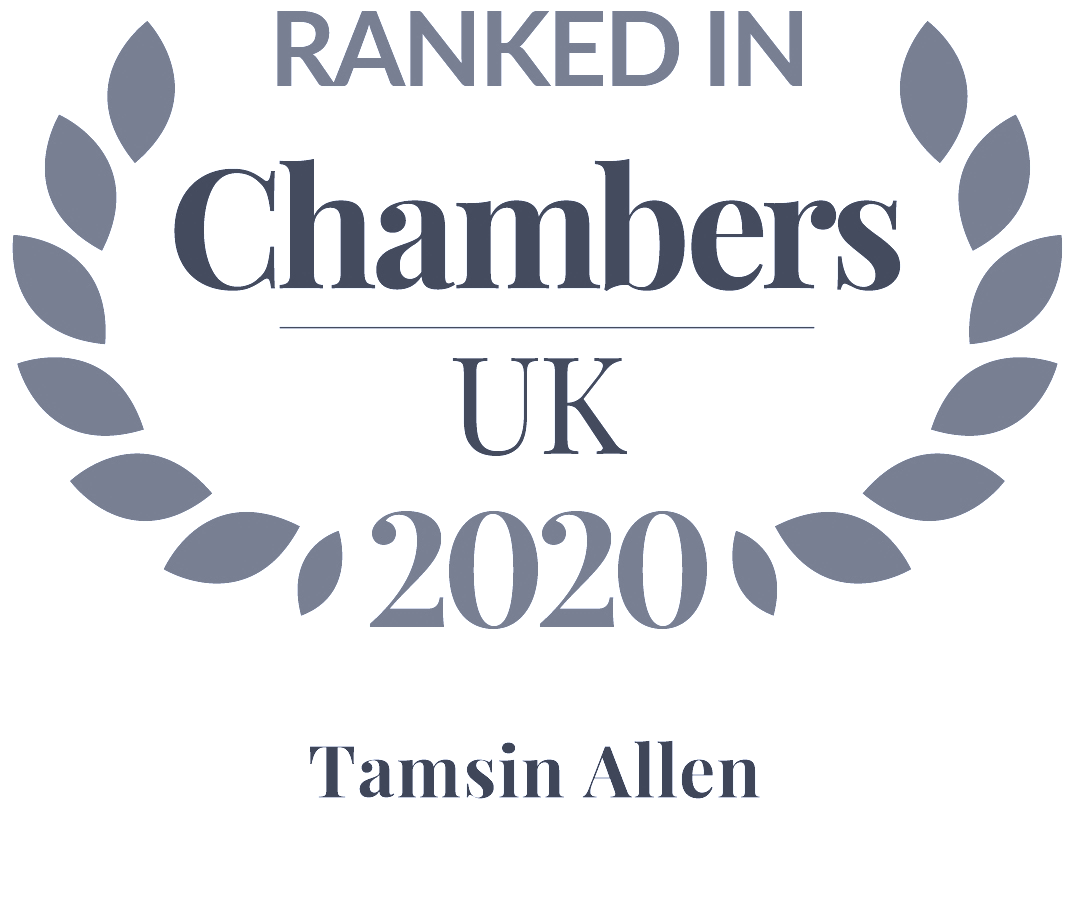 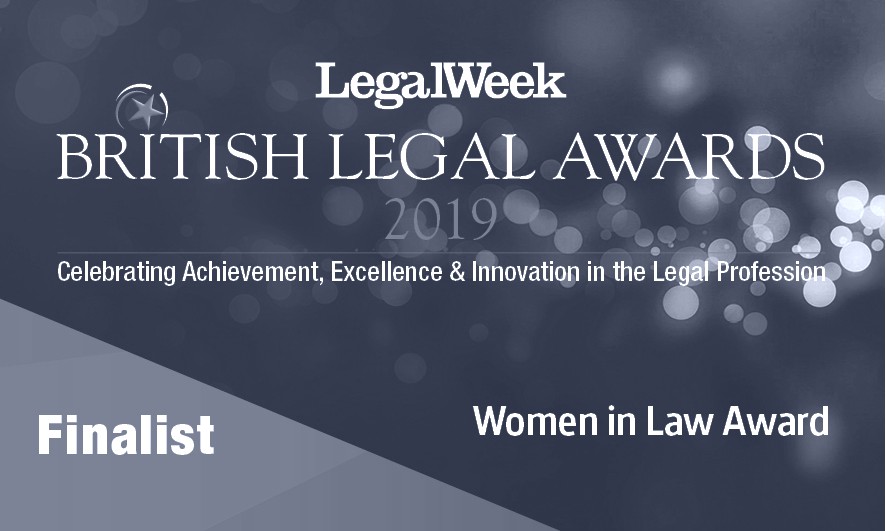